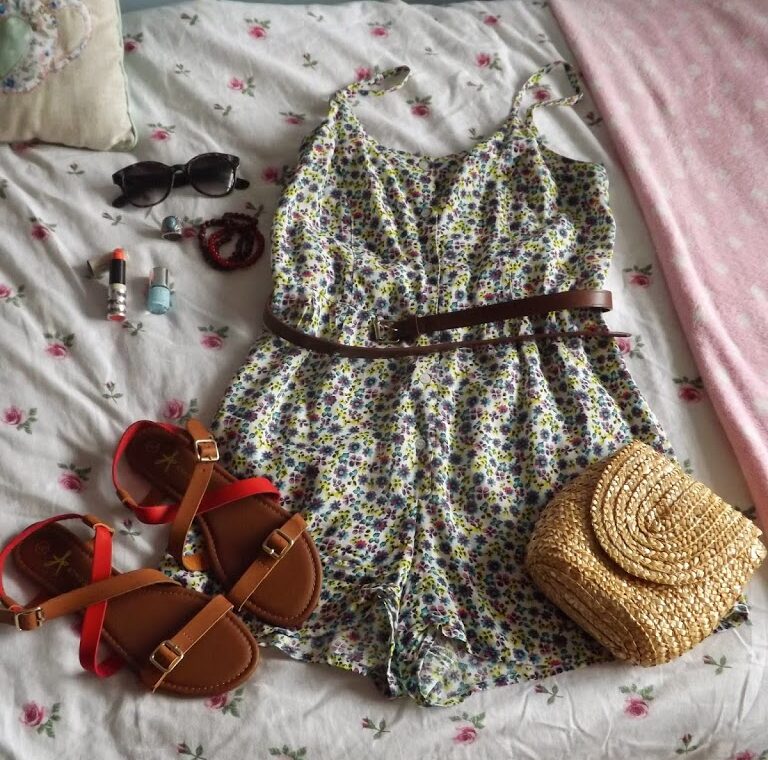 Hiya guys, so for this weekends post i thought i would just let you know about what has been going on in my life lately and what i have been up to.
SOOO, this week has been quite stressful for me as i have had three assignments in at uni and a driving test. Unfortunatly i failed my driving test 🙁 as i didn’t notice a 30 sign and carried on doing 35! which i was absolutely gutted about but next time hopefully ill get there! But more about uni, so as i was saying i had three assignments in one which was presentation and two which where actually written assignments but I’m just glad they are out the way now and i have a nice three weeks off. I am planning a uni post for any of you who are at the stage of thinking about uni or are even at uni! stay tuned for that!
More about this weekend, as i may have said in posts before my mam and dad have a caravan which they go to every weekend so i have the house to myself woopie! Normally i see this as a good thing but this weekend i had to look after the dog as my mam and dad set up the caravan, which of course means i haven’t been able to do much. Saturday i spent lying watching Gossip Girl all day which if your not watching it or haven’t already watched it you need to go start watching it as soon as you finish reading this post! I made myself some nachos with mince and backed it in the oven with salsa and cheese on whilst lying watching it yesterday which was amazing. Then once Alex had finished work we took my dog to his house to have a bit of socialisation with his dog and it also gave me a chance to socialise with some people as i had been stuck in the house since friday night. We took my pooch home and headed straight out to the movies, we wanted to see Noah but unfortunately it was all sold out 🙁 so we saw The Grand Budapest Hotel instead which wasn’t great but as we have the cine world passes i wasn’t too bothered about seeing it as i didn’t directly pay for the viewing of it.
Today i am again sat around in my pjs whilst alex is at work and later on i am going to make a nice sunday dinner for him finishing work and take our dogs out to the park for a run around.
I thought i would add a photo of some outfit planning i have been doing for my summer holiday, i know my holiday isn’t for another 2 month yet but you can never start planning too early! 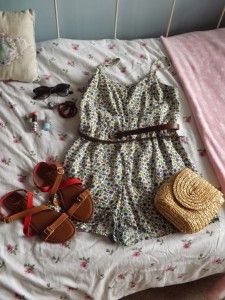 This is one of the outfits that i have planned, it is a ditsy print playsuit from Henry Holland which i actually bought last year but will be wearing it again this year as i love it soooo much. With this i have pairs my new sandals which i got from primark for around £6-8 and this cute woven bag which is from Tescos but bought this quite a few years ago now. I also plan on wearing my sunglasses which are from HnM, a cute blue thumb ring and some beaded bracelets. To add a bit more colour to the outfit i thought i could wear my Nails Inc nail varnish in Chelsea Physic Garden which is just a gorgeous pale blue and Topshops lipstick in Ohh La La. 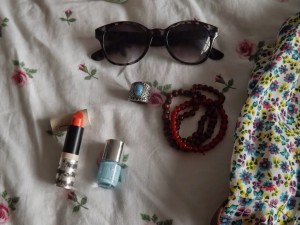