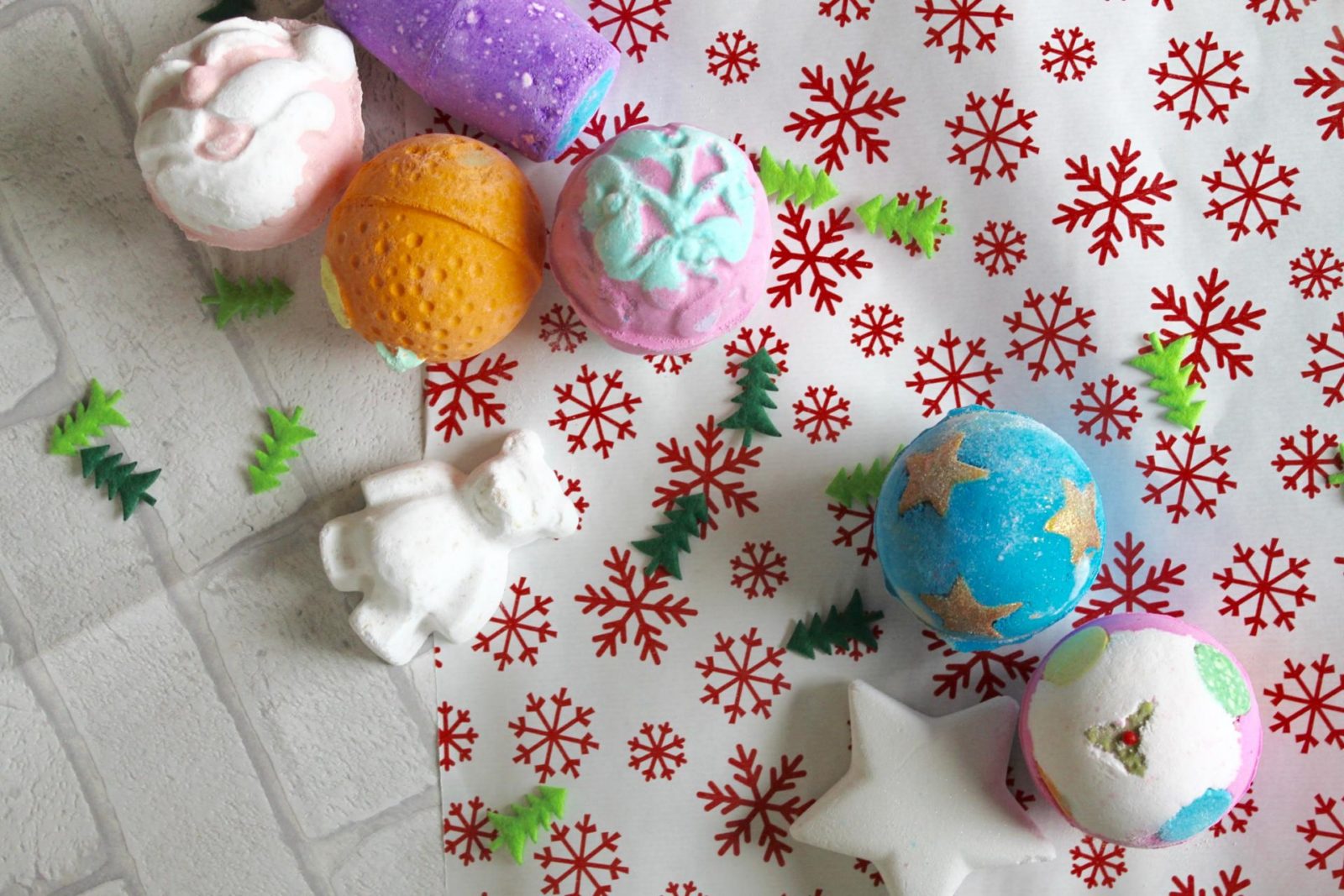 It’s probably no surprise that of course I had to indulge on the Lush Christmas collection. I suppose you can sort of call it a tradition. When it hits the shelves of Lush I’m there sniffing away. This post is a little bit later than I wanted as the collection has been out for a pretty long time now but I only just managed to get myself out shopping. Working in retail really is the worst. I trailed Alex round Lush until I really knew exactly what I wanted. This year I went for one of the box sets which was full of bath bombs, it seemed to have a good range in and I felt like it was better value for money doing it this way. Lets delve into the box and see what amazing goodie where in here. 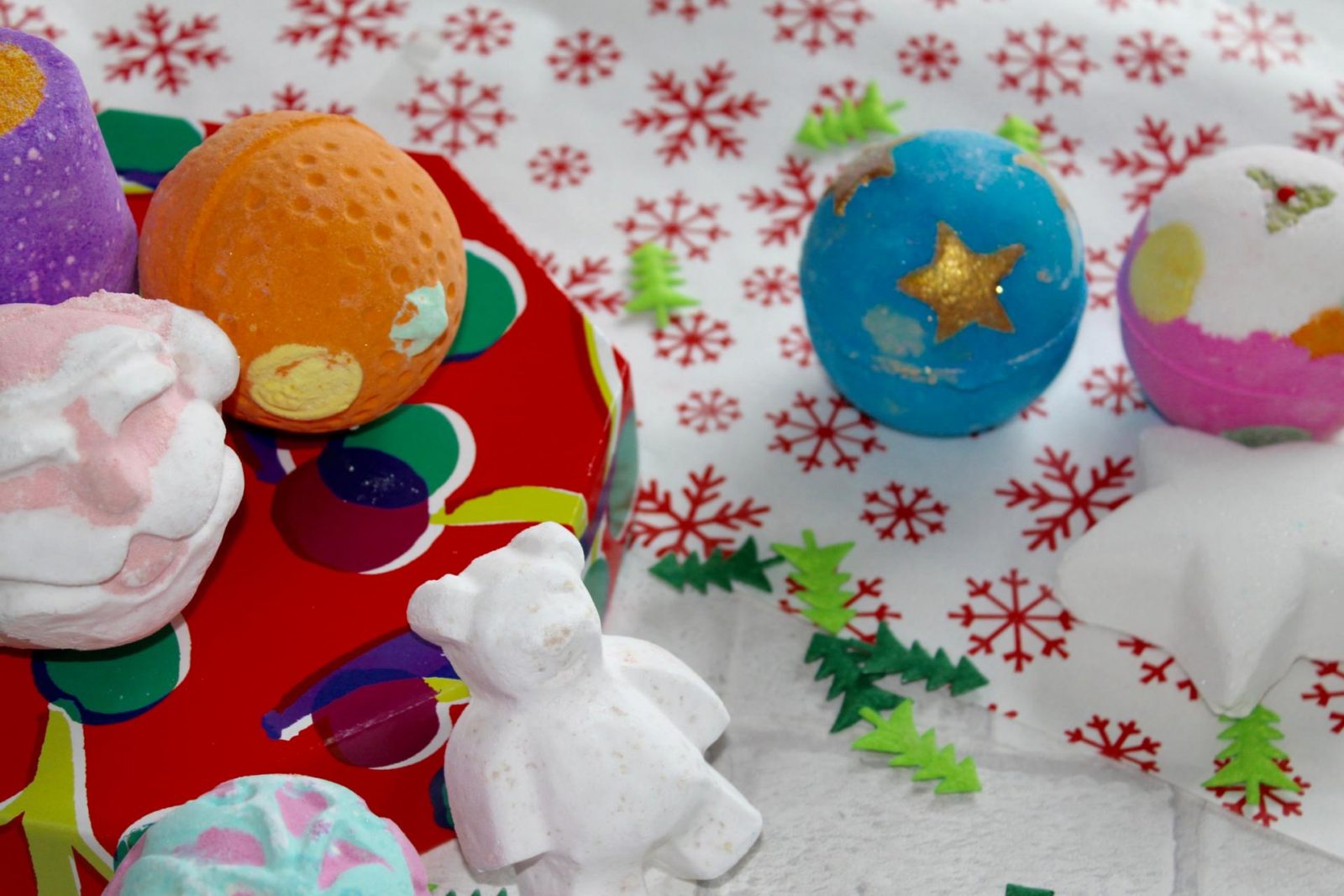 The box set I picked up is called Christmas Bathtime Favourites, which is probably the best name you could give this. As it has a selection of 9 different bath bombs which are all probably my favs, although which of the Lush bathbombs aren’t!! This box retails at £39.95 which I think is pretty good considering you get nine bathbombs and also the cutest box ever. This years is themed as if there was a string of lights twisted around the box, last years was a cute bird pattern. (I keep my christmas decorations in the box). 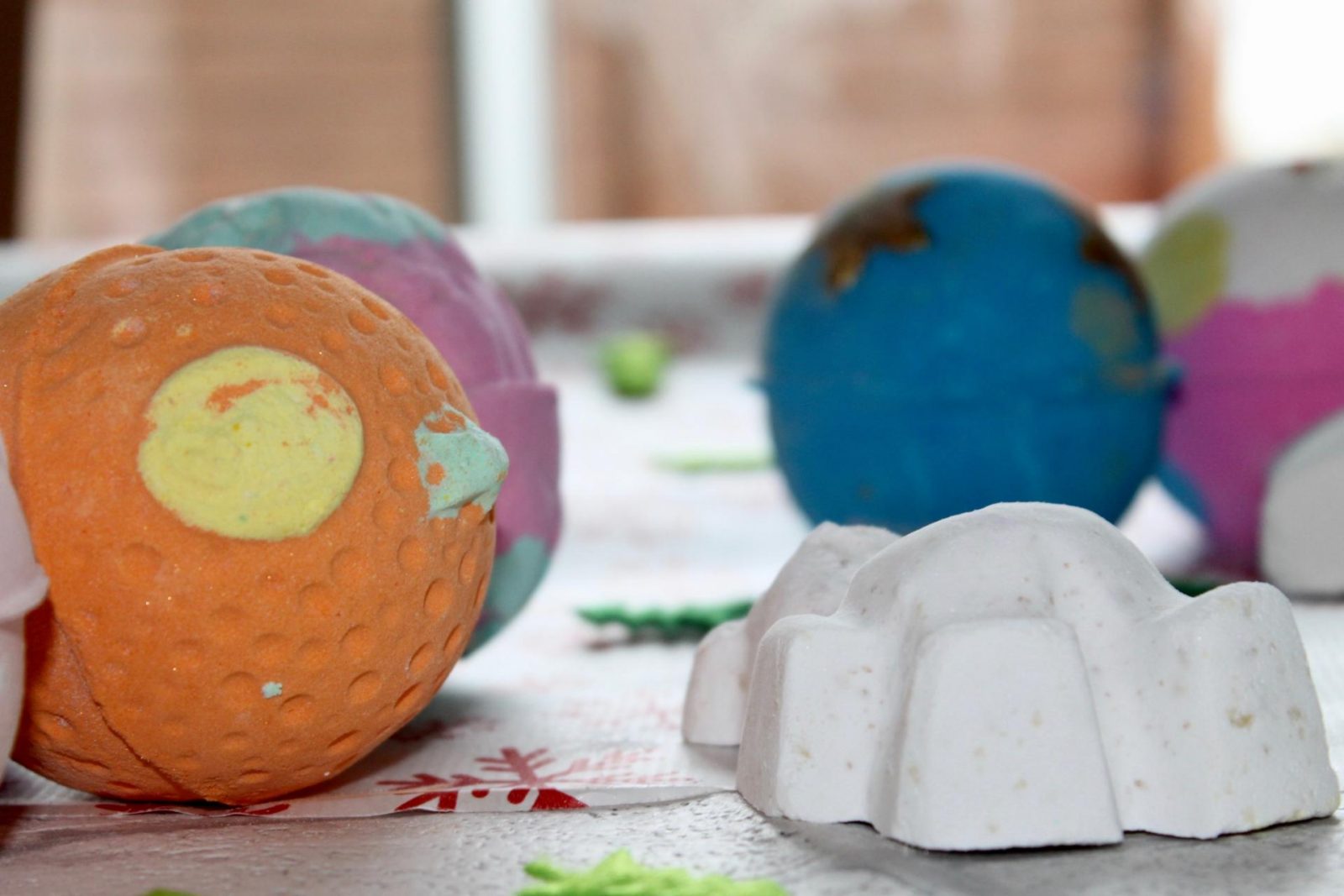 One of my favourite all time bath bomb’s is the Luxury Lush Pud at £4.25 it is one of the more expensive bath bombs but it is so worth it. If you love your bath to feel super magical and love the scent of lavender and vanilla you will be in your element. When I know I want to jump into bed after a bath and fall straight into a heavenly sleep I got for this one. Another two that I find super soothing are ButterBear which at £1.95 is a total bargain. This leaves your skin feeling amazing, as you can probably tell by the title this one has a small amount of Cocoa butter inside which melts in your hot bath leaving you feel super smooth. I would say the only thing with this one is if you want a more colourful playful bath you’re not going to get it. The other is Star Dust which I loved last year. This little gem is deciding, from the outside you would expect a pretty simple bath but once it is popped into the water you’re in for a surprise. This one if £2.95 and to be honest I think it may be one of my favourites. It has my favourite ever scent which is vanilla in it which just creates such a relaxing bath. Two of the more playful bath bombs are Golden Wonder, which I think may be one of the more popular bath bombs purely for its looks. This one is £4.25 but to be honest I think you get a lot for your money with this one its a pretty big bath bomb. This isn’t one of my favourites purely because it has citrus scent’s which I wouldn’t normally choose. Dont get me wrong I will 100% still use it but it’s just not one of my favourites. The other is Father Christmas, I don’t know why but it seems to be a little tradition that I have created in which I use this bath bomb on Christmas Eve before I get into my new jim jams. This one is £3.75 which I don’t think is too bad for a nice Christmas Eve bath, you’ve got to treat yourself now and again! This one has a very sweet smell, which gets me super excited on Christmas Eve. 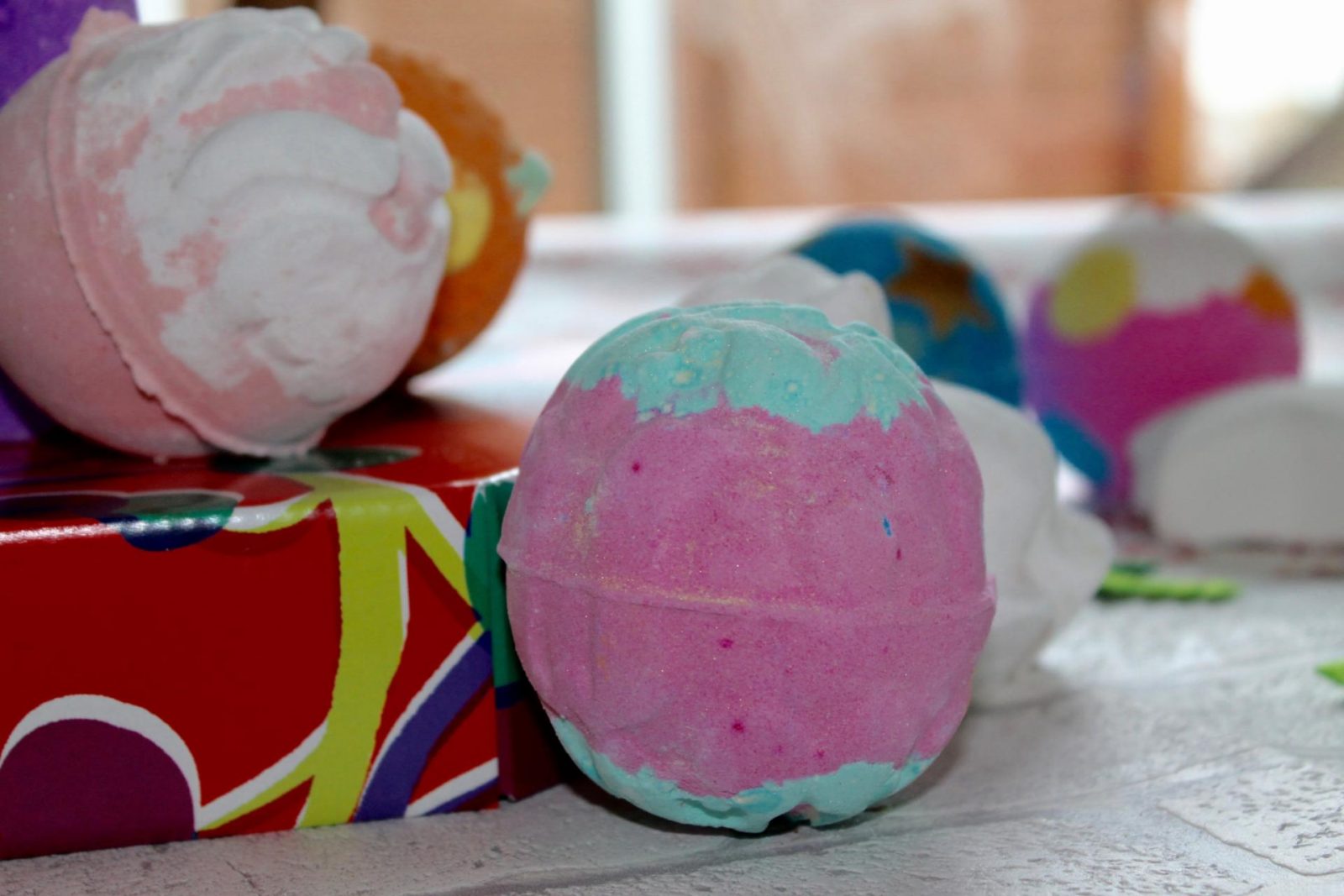 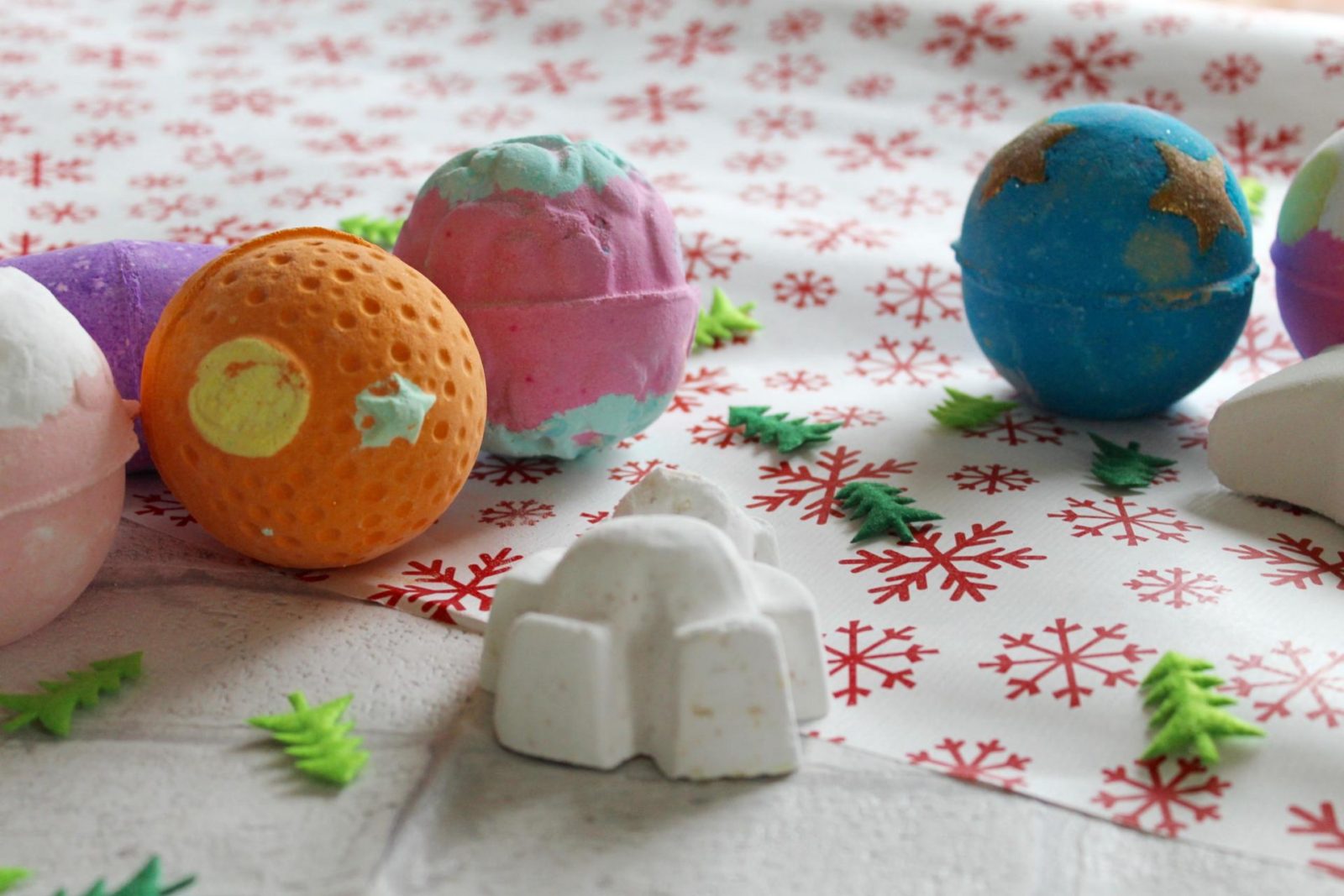 These next ones are new to me, I either didn’t try them last year or they have just comes out this year. Keep an eye out on my Instagram because I will be posting my thoughts on these ones over there. The first that really intrigues me is Northern Lights and I can’t wait to try this one out. This one is £3.95 and is a different shape to your average bath bomb, I also love the colours of this one. We then have Mistletoe which I think looks adorable and costs £4.25, judging by the colours on the outside of this one I think it looks like it will be a colorful bath bomb. Next is Shoot For The Stars which is £4.25, I have tried this one and pretty much fell in love with it straight away. The colours are incredible and has an almost chocolate orange scent to it, which may sound super sickly but trust me this one is incredible. The last one is Satsuma which I think speaks for itself really, it looks and smells exactly as the name suggests. I’ll probably keep this for those days over christmas where you have a morning bath and really need waking up.